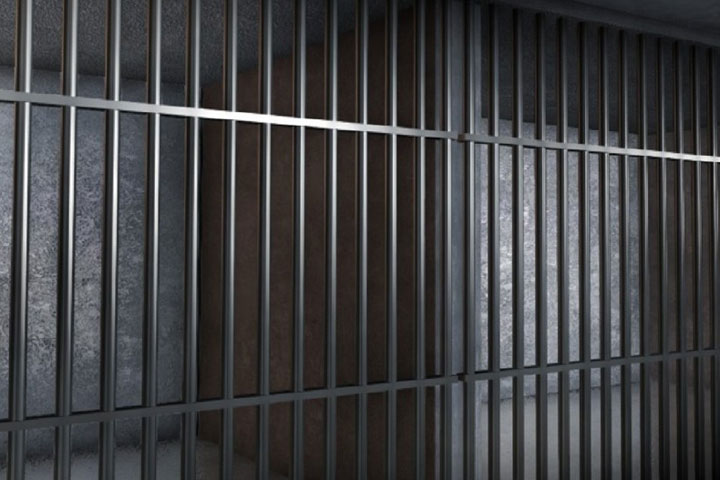 Last week we began to look at the con-man Afa, who went by at least three different last names. For the sake pf privacy, I won’t list them here. After publishing last week’s post, I googled all three of them just to see if he was alive. Last I heard, another of my former besties (also a druggie con-man), had beat him down and run him out of the city. More on that later.

As previously stated, he was the exact same height, weight, and build as I was at the time. 185 cm (six feet, and one and a half inches) tall, a hundred-fifty lbs, and lanky as hell. As we entered the rave scene proper, everyone assumed that we were brothers. He wore braces on his teeth when I first met him, but one day decided to pull them off himself. Being that he no longer lived with his parents, no one was paying to maintain them. Therefore, many of the brackets had broken so they no longer served their purpose. This left chunks of dental epoxy stuck to his teeth which he was always picking at.

He also had one A-cup boob. A tit. I now know this is called gynecomastia. If you’ve never heard of it, I’ll let you look it up yourself. I found out about it because I lift weights. Anything I am into, I research everything there is to be learned about it. Basically, males get it one of two ways. Naturally during puberty, or self induced by using anabolic steroids. No sure which was the case for him. With Afa, one can never tell.

He said that a spider bit him, but I never bought that story. At any rate, this dude seemed to know everybody. As we began to become closer as friends, I learned that he was a “spoiled rich kid” who had gone wild early and got kicked out of his parents house. The circles he ran in during his early teens were all trust fund, wealthy brats. As such, he was no different. When well meaning parents try to buy their children’s love things always go pear-shaped in the end.

and then there were two/thick as thieves

Anyone looking in from the outside could see that he was a horrible influence on me, and that we were heading in the wrong direction. The end point would either be prison, or the grave yard. Yet, the rebel in me felt that I could handle anything bad that came our way. The result was that I descended deeper and deeper into this strange world he had come from. By this point, Mike was hanging tough with a mutual friend named Will who was a percussionist.
We had met him while marching in the Magic of Orlando. A Drum and Bugle Corp, the previous summer. (Wow! OK, now I’ll eventually have to touch on that experience in a later installment).

The link is from the actual year I marched. Mike being a trumpeter played “soprano” bugle. I, being a tubist, played the “contra” or “contra bass” bugle. At any rate, Mike was one of the top nominees for Drum major the following season. He would go on to become the Drum major, and lead the corps to it’s first top twelve championship finish at world finals.
By then he had a long distance girlfriend named Danielle who is his wife to this very day. They have two amazing sons, both of them now the age we were back then.

Adam being a a high school senior about to graduate near the top of his class was much more focused on school. As he should be. Therefore he was hanging out less by now. This left Afa and I as the last men standing in our little criminal enterprise.

For my birthday in 1991, my senior year of high school, several of my friends had put their money together to buy me a giant garbage bag full of “oodles of noodles” Top Ramen. I counted like 250 packages. These would come in handy the following year at uni when we had to buy our own food.
That bag had already lasted over twelve months (my birthday being in September at the very beginning of the school year). I brought it with about 75 packages still left to Jacksonville.

By March of 1993 they were long gone, and we were often hungry. Afa, being the master of getting money without going to work a job had the bright idea to go “wobbing”. The cupboard was empty, with the exception of a box of generic cornflakes Adam’s mom had given us, a half jar of crunchy peanut butter, and some white sugar.
With this I made us some “peanut butter balls”. A recipe first introduced to me in kindergarten. We ate that for a couple of days, but I digress…

Wobbing is making fake crack rocks out of aspirin. You cut it into chunks and coat it with toothache medicine so that it numbs the mouth if a potential buyer (victim) tastes to see if it’s real. We made up a convincing batch and hit the streets to hit a lick so we could eat. The struggle was indeed real. I am not condoning or glorying this though. To be clear, it is NOT cool. Cheating people is never cool. Crackhead or not. No one who does any drug should be discriminating against another person because of their chosen libation.

Besides, it can get you shot, and or killed. As almost happened to us. Things happened so quickly therefore, everything is foggy now. I only remember a very skeptical buyer asking where we were from and who did we know (because they had never seen us in that particular hood), things going south,shots fired, and us barely making it out of there alive. Kids, do not try this at home, as the saying goes. It’s a very bad idea.

By this point we are well known at all the department stores and running out of return opportunities. As part of the “loss prevention policies”, the stores had you sign each time you retuned an item for cash. After twelve, they wouldn’t let you return anymore. As, it was common knowledge in Jacksonville at the time that kids were stealing and returning for cash. This was their way of curtailing our illegal actives. This is what led to my eventual downfall.
More on that in a future post.

Somehow Afa had found a book of blank starter checks. The ones given when you first open a bank account, but do not yet have ones with your name printed on them. On this particular day I was introduced to the “bad check” game. To cut to the chase, we first hit a local grocery store and bought an entire shopping cart full of food.
Being spurred on by the success of the mission, we then decided to treat ourselves to a lavish meal at a very nice seafood restaurant on the beach.

We ordered all the most tasty and expensive items. We even gave our lovely waitress a huge tip. All with a bunk check. I felt guilty the whole time. Scandalously shameful, this. I am not at all proud of it, but at the time, we were literally starving. Extreme poverty, and no opportunities breeds crime and criminals. Especially when you are a stupid kid.

Turn about is fair play, as the saying goes. A week later we met these fine, but trashy chicks on the beach. Super low class. Loud, rude, and ruthless. They gamed us good. We had met them at this one dude’s place whom Afa knew. An older Caucasian gentlemen who was actually a good man. He had fallen on hard times and lived in a pay by the hour hotel in Jax beach. He was sort of a mentor to Afa.
Anyhoo, these broads were over there smoking, as he sold a few dime bags here and there to get by. We had gone over to get a quarter bag on a front. He would front Afa because Afa respected him and always paid him back. One thing I can say about Afa is that he was loyal to his friends. Everyone else he would fuq over, but if you were his people, you were golden.

This feels like a good place to stop for now. We will pick up from here next week. Starting with how the game runners got gamed by these gully, weed crabbing chicks. So until next time

*disclaimer, I do not condone any of this behavior. Nor am I on this type of vibe anymore. I was a poor, stupid kid at the time. These days I am a law abiding “square”, who teaches his son that the police are there to help, and that we should respect them.