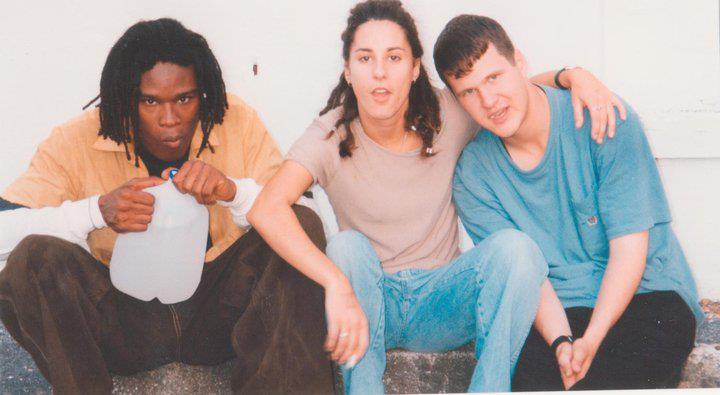 It’s been a few months now and the boys are beginning to take weekend road trips to rave all over the state. At this time in Florida, all the kids would do likewise. You would see the Orlando kids, Miami kids, Ft. Lauderdale, Gainesville, Jacksonville, Talahassee, Boca, Daytona, Coco Beach, etc.
After a while we all began to recognize one another, and we all began to clique. If you can imagine, there was a time when every raver in the state knew, or at least knew of one another. Good times.

During the early 90’s Kimball Collins was the most hyped DJ in Florida. The main sound was Progressive House and Trance. Not really my thing. I was quite new to all of this, but I already knew that I liked a more underground sound. A sound that went on to be called Chicago House, and Detroit Techno. Ahhz (Oz) in Orlando was the club to be at. It is where Kimball was a resident. At the time, the raves filled the void, as Ahhz had closed down for a bit.

By this point, the ritual is to spend a couple hours trying to find acid. LOL to the naivety of these kids looking for “paper” when over 95% of the heads were eating “rolls” (ex/mdma, etc). For the time being, I am too afraid to try it, so we search for acid. A couple hours go by with no luck, then a dude says that his roommate is coming later. COOL! We roll out to the Chevy for a blunt, and then go back inside to wait.

too embarrassed to dance

Back when I first started going out people did not say I like to dance. They said I like to House. We called it “Housing”, and everyone was trying to get good at it. I felt that I would one day be an exceptional Houser, but at this time I am not. I was like the best of the worst, or the best of the newbie housers.

This being the case, I would wait until all the best dancers would go home at around 7 am before I would even go on the floor. As my pride/ego would not allow me to be seen not being as good as I would someday be. Kinda sad.
Glad I worked through those issues. At any rate, the dude came and we copped the cleanest blotter ever. The paper looked like bathroom paper towels, but the trips were clean with no strychnine feeling.
Then it happened. I heard this amazing music and said to myself “this must be the mighty Kimball Collins because this dude is rocking me.” Yet, when I looked up, I see the lasers spelling out DJ Three. Instantly I knew that this dude was likely the best DJ in the state. Despite Kimball’s hype.

It’s like 6 months later and I am feeling like a veteran now. There is a new crop of kids coming in after us and I am wondering were we this annoying also. LOL Backpacks, lollipops, and funny hats. Massaging each other with vap-o-rub, and wearing surgical masks. What a sight!

So by now I have met one of the loves of my life. Marissa. My little rave queen. Together with my buddy Adam, we make the rounds from city to city. It is almost Christmas time and so The Edge in FT. Lauderdale is throwing their annual party. DJ Three is on the bill.

One day I hope to do what you do

It is now morning and people are chilling outside in the back courtyard. I spot DJ Three chilling, so I decide to go walk up to introduce myself. He was quite approachable. We had a very long conversion in which I learned his real name. Where he was from, and that he worked at a record store.
I told him of how I had recently dropped out of music university in hopes of one day being a DJ/producer. To which he replied that his good friend Dave Christopher (Rabbit in The Moon” was also a classically trained musician.
He also encouraged me to stick with it. We parted ways, but kept in touch.

Later Marissa and I would move to Tampa on the strength of knowing many of the same people Chris Milo knew. Brian Busto, Terryn Westbrook, and DJ Jask. It was also here that I would go on to meet Chris Mitchell.
The scene was vibrant and healthy. If you played, you could gig and get paid. Lots of record stores, and cool parties. More on those in the near future.

In winter of 2006 right after starting Vanguad Sound! I also started a myspace and found DJ Three on there. I was living in the Chicago suburbs and he had recently moved to NYC from Tampa where he held a residency at Twilo. After telling him that I was going to go all out and try music full time he warned me against it. He mentioned the lack of security, retirement, medical benefits, and the overall stress. I think his words were do not ruin your life trying to be a pro DJ. It’s not worth it. The irony is that there have been many times where I thought that perhaps I should have taken his advice.

yet, we are artists

throughout the history of humanity, many of the most lauded artists struggled to survive in their lifetimes. I am no different. the phrase “feast or famine” comes to mind. When it’s good it’s really good, but when it’s bad, the darkness can overwhelm. I am not so cheeky as to compare myself to people like Nina Simone who had similar struggles. Nor Bernie Worrell, or any of the other talented Black Americans who struggled in life, but were celebrated in death.

If I am actually of this lineage, I am more than honored. I do all I can to put myself in this class of artists, but only time will tell. Hopefully I won’t have to die for people to show love.