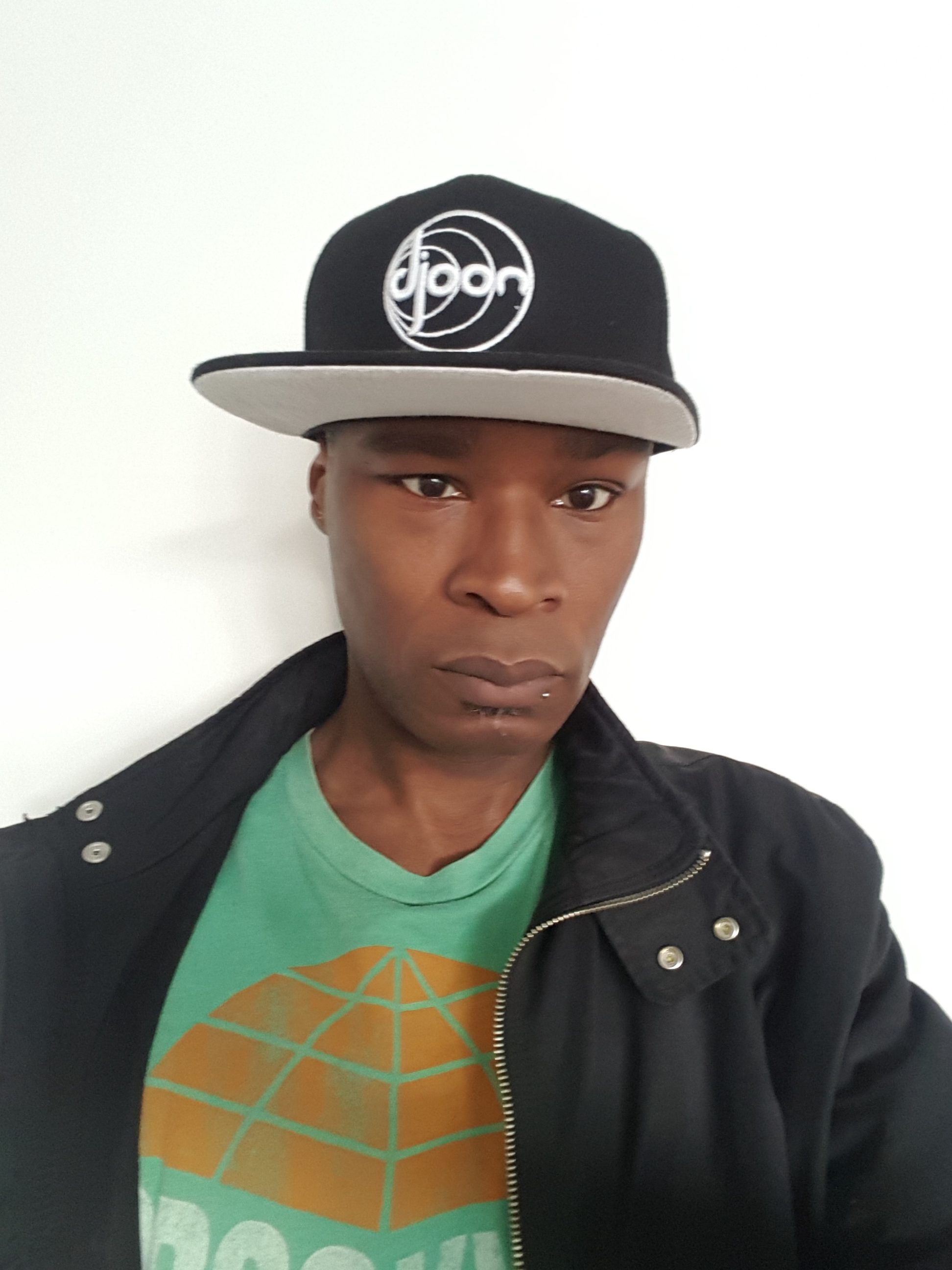 In the Beginning
As a child, Hip Hop was my first love. My first musical love, that is. I was fortunate to be born in a family steeped in the love of Black/African American music. Both Gospel and Secular. My Mother was a Gospel Choir soloist in her youth, and my Father was an avid music collector.
In my parents house I heard R&B, Soul, and Disco daily, but in the early 1980’s I heard rap for the first time.
Like many kids not living in New York City, the first rap I heard was on the radio. Songs like The Double Dutch Bus, and Rappers Delight. This was new music. A new genre entirely, and I loved it. These were but mere shadows of the real rap and hip hop going on in NYC of course, but my interest was piqued. However, it was the mighty Planet Rock that changed my life, and birthed the musician I am now.
I remember it like it was yesterday. The extended version of Planet rock came on the radio in the car. When we got home I asked my Dad to leave the keys in so I could hear it all. I was transformed. It was that day I truly realized how music could stir one’s very soul.
By this time I was already a little B-Boy and graffiti writer in my small town. I was listening to Jam On it, U.T.F.O, Roxanne Shante, Whodini, The Skinny Boys, and the like, but it was that particular Saturday that I was transformed. Thinking back on it, in the years prior, my ears just weren’t mature enough to really go deep the way I did that day. I came pretty close though, listening to the Skinny Boys tape. My soul really felt those Bros, and could instantly tell that they were the real thing, as opposed to the Fat Boys. I spent hour upon hour listening to that Skinny Boys tape.
Shortly thereafter, we moved to the extreme west side of town with my Dad, as my parents had officially split up by that time. There a dude named David Spells let me dub his Doug E. Fresh tape that had the legendary The Show, and Ladi Dadi by Slick Rick The Ruler.
For those who were fortunate enough to have grown up in Hip Hop’s Golden era, nothing else can, or ever will compare.
I myself embodied all 5 elements of the culture (DJ, Rap, B-Boy (Dancer), Graffiti, and Beat Boxing). Mediocre at first, but as the years progressed I have achieved expert status in most, if not all of them.
I have been fortunate to travel the world performing as a DJ, and have been called a “living legend” by many of my peers and fans of my work. To which I humbly reply, that I am one in training, but I need a few more years to solidify my status among the greats with my contributions to the culture(s), as it were. That brings me to the reason for today’s post.
Rap, my first love. Before I could even pop-lock, or B-Boy, I felt that I had the soul of a rapper, but at the time I was much too shy to even attempt it. In our little crew Junior (Daniel Gibbs) was the natural rapper/MC. Kid had a gift. It was me, him, Charles Pittman (my bestie), Adolph Brown, and later Pompie Drake.
We were all young thugs and petty criminals with long rap sheets even by the ages of 12 and 13 years.
*(Another notable influence with respect to rap was Jamie McLeod. A kid I met in my teens who was known as a dope MC/Freestyler around town. It was my freestyle sessions with him and my crew at the time where I discovered I actually could rap).

Trouble with the law
I was on my way to a very long bid in juvenile prison (Raiford, I believe), when I was just beginning to learn music in 6th grade band. I had been told many times that if I kept it up (my devious unlawful ways, accompanied by my “smart mouth”), that I would not live past the age of 12. They were correct.
Luckily my Grand Parents made me go to church every Sunday and I had a huge sense of right and wrong. All the rest of my homies indeed became cliches. Either dead, or in prison at a very young age. All but me, God, and my music kept me alive.
I had already alienated most of my family who had given up on me as a habitual offender, good for nothing bad seed, yet my Music teacher, Mr. David Vezzetti saw something in me. The potential to become the artist I am today. God bless him.

I found my love of music (which saved my life)
He, along with my high school band director, Mr. James Pignato trained me and set me on the right path. I graduated as the most decorated musician in the history of the town I grew up in. An achievement that will never be eclipsed, as the Arts Education system that birthed me has been decimated. In 6 short years I had completely turned my life around, but I digress…..
Today’s blog is about Rap Music. Specifically my first officially released rap project. I say rap, because Hip Hop as it was is no more. It is a relic. Married to a specific time in history. A time I hold near and dear to my heart. Like every other kid (now in middle age), that was blessed to experience it.

Today
I now do Trap and Drill rap. For adults, and kids who want a message, versus media brainwash, i.e. drugs, sex, and violence. It has taken over three decades for me to refine my craft to a level that I was ready to present it to the world. As I take the “art of rap” quite seriously. I understand it’s transformative power. Be it for good, or for evil.
My first project to be officially released is actually my 4th (hip hop/rap) album. The third I’ve written this year. The first “Chicago Gun Times” is my take of Chicago Drill. From the perspective of an old-school head. Within it, there is “The Trilogy” that chronicles a child becoming radicalized by watching his best friend killed right in front of him on the way to school. Who grows up to be a leader in his gang who eventually gets killed himself. The last part explains the whole “revenge killing” nature of Drill, and what is at the root of all the violence in Chi-City. I close the album with an epilogue. Giving my advice to these talented kids who drop like flies everyday.
Upon it’s completion, I felt that I could in no way contribute to “death culture”, so this album sits in “the vaults”.
The second album was me breaking rule #1 as a male songwriter. Which is “never write a song for a bitch” LOL. I composed 10 songs and dope ass beats for one of the 2 loves of my life. A 42 year old woman whom I have known and loved since she was 14. We in many ways are 2 peas in a pod. However, with almost 30 years of life under the bridge as it were, we live 2 completely different lifestyles. I am a Christian meat eater, she is a pagan vegan. Nuff said.
Yet, our love for one another is as strong as ever. The album is called 17-21.
More on that later.

The new album
This brings us to “Separate Myself”. An ode to the current sound of Chicago. The album is a modern rap Mix-tape of “remixes”. Where a rapper recreates hot songs of the day with their own words and style.
In doing so, the youth of today know undeniably that I am hip to them and the sound of today. Both in the choice of tracks, as well as how lovely I spit over them. I felt that this was my best introduction into today’s rap climate. Again rap, not hip hop. Because Trap and Drill are just that. 2 different sub genres, but not hip hop. Which birthed them all. I am Richard Amir Alexander Junior. My father is Richard Senior. 2 different people. He birthed me. I am his son. Trap and Drill are the sons of hip hop.
So if you’re still with me after all of this, I present to you the first video from the album. Track #9 “One Man Gang”. It’s way slept on at the moment, but crucial in understanding who and what I am as a rapper (my rap persona, as it were).
The intro “Separate Myself” has the most listens, as it is track one as well as the title of the project.
Yet, I felt the need to “push” One Man Gang” as the lead single for the above stated reasons.
I have no favorite track on this album. I think that they are all dope equally. As such, I hope that those of you who rock with me will dig into them all.
The surface “onlookers” will listen to the first (title track) and move on, as I am but a mere curiosity to them. Same as it ever was.

My place in history
However, for those interested in really knowing an artist who has worked over 30 years to become one of the “true greats” of his generation in the entire history of music, here you go.
My “magnum opus”.
Out of all my Chicago House Music contemporaries I am the only one (with the exception of *DJ Taye, perhaps), who makes the “Modern sound of Chicago”. Taye isn’t necessarily a House Head, so I put an asterisk beside his name. He’s also of this current generation and not a student of Chi music going into it’s third decade as far as I can tell.
Since age 13, I have been working to carry on the lineage of great artists, such as Miles Davis, Billie Holiday, John Philip Sousa, Hector Berlioz, Igor Stravinski, Erik Satie, Beethoven, Mozart, and Bach. If an artist does not set out with this in mind, it will never happen.
I am like a Monet painting. One must stand back and look at the whole to get the clear picture.
Focusing on a single aspect gives one a blurred impression, at best.
So without further ado.
One Man Gang
https://www.youtube.com/watch?v=RmzbOGIUrgg&t=0s