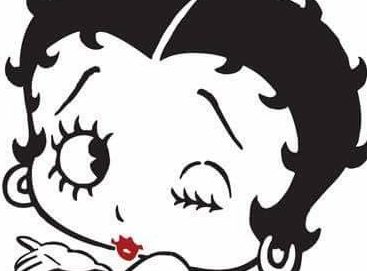 With my own online platform I can use it to shine light on artists, events, releases, and projects I feel are pertinent to the underground scene (as it were).
In my travels I often take photographs and make little notes for future reference, etc. I try to make time to listen to/speak with people to get their perspectives on the scene/culture, what they enjoy about said culture, their gripes, and what’s hot.
It was pure luck that I stumbled across Ms. Shanaynay Linqvist, an up and coming producer from Ystad Sweden. My new adopted home/nation.
I was struck by her level of skill and passion for her craft. Catching her right after her set at a local basement party, I invited her to a fika (Swedish coffee chat session) to speak a little about her sound, plans, and musical philosophy.
This is the result……

AA – Hej hej Shanaynay. First off, thank you very much for taking the time to speak with me and my beloved blog followers.

SL – You are welcome Amir. Tack så mycket. (Thank you very much) for the opportunity.

AA – You are most welcome Shanaynay. It is quite exciting to speak with a rising talent at the beginning of her career. Can I inquire about your unique name? Although I have heard it before, I’ve never met anyone with that name. Do you know it’s origins?

SL – (blushing then laughing out loud) My Papa is a jokester. He loves comedy and American comedians. Martin Lawrence is one of his favorites. The name is from his television show from the 90’s. It came out the year I was born. He mentioned it to my Mama when they were choosing names for me and she liked it most. Despite the fact that Papa was joking around. By the time I was born they had not come up with a better alternative so it stuck. It’s been very interesting growing up in Sweden with this name. To say the least. (she then laughs out loud again. turning all shades of red. the laughter is contagious and soon I am laughing tears as well).

AA- Right then. That is quite the story. Wow! A super interesting story to go with a super interesting name and sound. It definitely stands out from the crowd. Such a juxtaposition. It works proper. No need for an alias with a name like that. It is a unique spelling as well. More phonetic than the TV version.

AA – True that….. And so you’ve been making music for a long time despite only choosing to release now?

SL – Yes. I have been actively pursuing music in some form or another my entire life. I started playing the flute as a child but, I moved on to other instruments as my interest waned. Every few years I would pick up something else just to keep from getting bored.

AA – Yes. I understand perfectly. Please tell me more about your early “studio” and recording projects?

SL – Okej. I used to watch my older brother record my sisters singing on his Tascam “Portistudio” 4 track tape recorder
I was fascinated by the idea of laying tracks one by one and overdubbing. I used to record songs/tracks by playing my different instruments into my mic. Then I would attempt to mix them. Over the years I got better at it. Then I got a sampler. Things became very fun then.

AA – I bet. Your range of possible sounds grew exponentially instantly. What sampler were you using?

AA – Word up! I had that one too. I got mine from my friend Chris Mitchell back in the late 90’s. I used to use it for loops that I would mix into my DJ sets. I should have been using that awesome filter too. I can see how your 4 track opened up possibilities I never had with mine.

SL – Exact! All of a sudden I could loop a kick, or  4 beat drum loop. Record it for 5 minutes and then add a baseline, etc. until I had a basic track. My brother had all the US imports from Cajual, Strictly Rhythm, 8 Ball Records and all that, so he was a great resource. Both of samples, and honest feedback. As the years went on, friends and family would buy me records to sample from second hand markets and estate sales. My vinyl weighed a ton. LOL

AA – This is so dope! So when did you acquire the setup you have now. It seems as though the basic idea is unchanged. You are still sample based for the most part, yes?

SL – True indeed Amir. My MPC1000 is my weapon of choice right now. I have a Microkorg. I used to have the XL as well but I sold it. Doesn’t vibe with me the way the original MK does. This I use for bass lines, chords, melodies, and raw synth tracks.

AA – I feel that these are 2 of the best pieces for a upcoming producer to have. This also struck me when I discovered that you too own them. I should not be surprised based on how many units of each have been produced. It will certainly make our collaborations much easier.

SL – Yes! No need for stems and such. We can do sysex dumps and trade midi files and sample chops.

AA – Speaking of chops, do you make any beats or hip hop? The MPC begs to be used in this way.

SL – Yes. I am a huge fan of the 90’s boom bap. My parents used to play us New York hip hop in the family minivan LOL. Papa put a bass speaker system in it. I wish I had that van.

AA – I can see this in your work and the way you put things together. You have a Pete Rock feel to some of your chops.

SL – Thank you for the amazing compliment Amir.

AA – So please tell me a bit about your upcoming release. What can we expect?

SL – The EP is called “Crazy Booty/Discotheque”. An homage to classic Chicago Booty House and New York/Jersey Ballroom. Vogue tracks.
I chose a couple regions and created etudes. Studies in the technique(s) of those production styles. I channeled Dance Mania and 8 Ball for this one. They started out as exclusives for my DJ sets. Based on the reactions I chose to release them.

AA – So you’ve been shopping tracks? That is a major chore.

Sl – to be honest, a friend of a friend heard my tracks when they were all hanging out and asked who made them. I got an email asking if I would like to release them and it was a wrap. I was and still am so excited. I have heard horror stories about shopping tracks, so I am very grateful that I have not encountered this. (yet)

AA – This industry is built upon people and relationships. It truly is about who you know. Yet, your music stands on it’s own.
It’s quite a mature sound for such a young producer. Although at 25 years old, you’ve been making tracks for over 10 years in some form or another. I too love the classic templates but, choose to try to update them. Versus simply re-hashing.
I predict much success for you. Having a distinct voice helps artists stand out. What can we expect from you in the future?

SL – I am working on a couple more EPs in addition to our collaboration. A down-tempo beat project, and I might do a podcast as well. This is still all very new to me. The idea of “putting myself out there” you know? The “playing of the game”, social media, and the like. I just want to make and play music but, I understand that there are necessary evils.

AA – That is a great name for our collaboration.

AA – That’s what’s up Shanaynay. It’s official. Please let me know when you record that mix? Perhaps I can help you find a place to host it.

SL – Indeed I will Amir.

SL – Yes. Thank you for taking the time to do this for me. I have enjoyed your work for a few years now, so it was really cool to meet you at Ida’s party. Regarding the music, I hope to continue to improve with my craft and release records that stand the test of time. Even though I am new to all of this, I have studied this culture for years and feel that I have something to contribute. Hopefully people will agree.

AA – As the saying goes….. “you heard it here first”. Let’s keep our eyes on this rising talent as she advances through the ranks of the underground. Her work excites me in the same way that Brother Joey Anderson’s work did back when we were preparing to launch Anunnaki Cartel. It appears that I am fortunate enough to have found another rising star at the commencement of her ascent. I am grateful for the privilege of introducing her to the world.
There is still so much I would like to know, so hopefully we can get her back on here again soon.